A jump cue is usually a multi-purpose cue that can be used for jump shots and another purpose is that it can be used as a break cue. By comparing various jump cues and also looking at the reviews we have shortlisted the 5 best jump cues that are available in the market for their users and they can easily get the knowledge about the jump cues that are most preferred.

In this article, we will discuss the jump cues that are mostly used and are best for their users and know about their features, pros and cons. After knowing about the best cues you can choose the one that suits you the best and with which you can play properly.

The best 5 cues that are best for the players and will have all the features that you need in a jump cue. The jump cues that is suitable for you and are available in the market are as follows:- 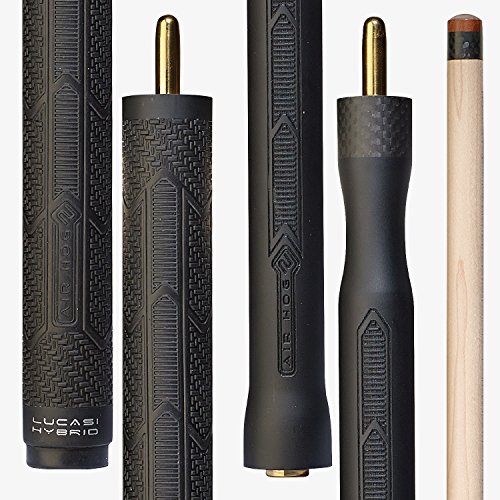 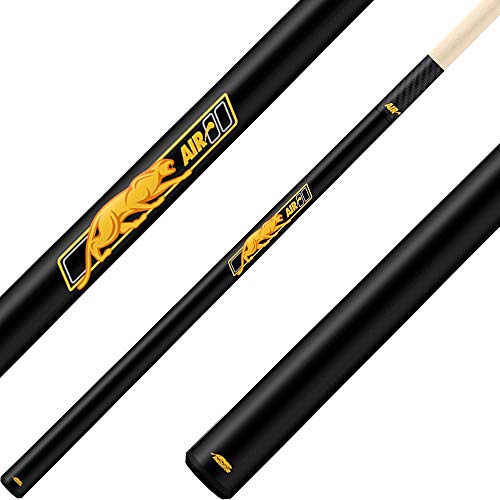 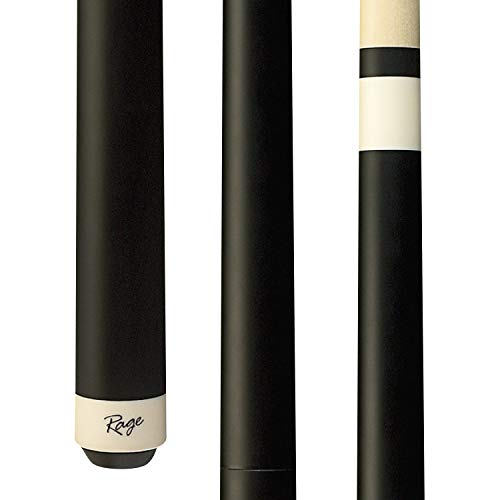 The Lucasi Air Hog 2 jump cue has been one of the best jump cues that are available in the market. The features of the Lucasi Air Hog 2 jump cue makes it different from other jump cues that are available. In this Air Hog 2, the total spot sweet spot construction extends the sweet spot across the entire length of the shaft which helps in contributing to the energy transfer for the ball. The Air Hog 2 have features like Bakelite tip which is having an enlarged sweet spot which contributes to reducing the spin and also it helps in controlling the ball in a better way. One of the most amazing thing about this jump cue is its 3- piece design.

In order to make the jump cue lighter, you can remove the 3 part of the cue and when the jump cue is heavier you can also use it as a break cue also. This jump cue also has X- Shox dampening system that helps in absorbing shock. The major drawback of the Lucasi air hog 2 jump cue is that it is quite expensive but this jump cue is worth every penny that you will spend on it. You can also do adjustments easily in air Hog 2 according to your needs. The reviews regarding this jump cue are positive and people are loving to play with this jump cue as it is having a unique design which makes it different from other jump cues.

The Predator Air 2 is an amazing jump cue and have all the features that are required in a good jump cue. This jump cue is light in weight as it weighs around 10 ounces. The Predator Air 2 is a 3- piece construction and because of this design, you can adjust the length and weight of this jump cue depending on the long-distance or the short distance jump shots. There are also uni- loc quick release joints that make the adjusting process easy. You can easily add and remove pieces. This jump cue is known for delivering powerful and accurate jump shot and that is the reason these jump cues are quite popular with the players.

Also, the predator air 2 have a shaft and collar enhanced with carbon fibre which is useful in adding strength while playing the shot but this will not add much weight to the jump cue. You can also add weight system which will help in adjusting the weight of the cue in 0.25 ounces increment. This weight system allows you to add around 3.5 ounces of the additional weight to the jump cue. These features make this jump cue one of the best jump cues and the best thing about this jump cue is its lightweight which makes it easy to play shots for the players. The reviews regarding the Predator Air 2 ate amazing and this jump cue has gained lots of popularity due to its positive review.

The Viper jump shot pool cue also come under the list of best jump cues. This pool cue is 2 in 1 pool cue as it can work as both jumps as well as the break cue. It functions as an amazing jump cue as it has quick release wood- to- wood joint and also it weighs less without the attachment of the butt cue. When the jump cue is fully attached it can be used as a break cue. The 3- piece viper jump shot is varnish coated and this varnish is applied to this pool cue at least 9 times during the time of its production so that it can protect the jump cue from dings, scratches, warping, etc.

There is also a quick-release joint system due to its 3- piece design system you can unlock the jump cue easily. By just taking one and a half turns you can unlock the forearm and this makes unlocking easy and also convenient. The Viper jump shot pool cue has a removable built-in cue tip scoffer or shaper attached at the bottom of the cue in order to scuff and shape the cue tip which will help in controlled and accurate shots. The reviews regarding these jump shots are amazing as it comes in 2-in-1 design purpose.

The Pechauer jump cue is an amazing jump cue and that is why it comes under the category of best jump cues. The reason why this Pechauer is popular among its users is that it comes at an affordable price. This jump cue has 2- piece design which does not make this jump cue as flexible as the other jump cues. But it is lighter than other jump cues that are available in the market. It weighs about 9 ounces that is why it is so light in weight. Making it easy to play a jump shot. There is a feature in this jump cue of 1- piece phenolic tip and ferrule which helps in improving the power transfer to the ball.

The Pechauer jump cue has the traditional design of the cue. The design is simple and also it does not come in flashy colours like the other jump cues. Due to its affordable price and amazing features and also simple look, they are loved by the users. The reviews regarding this jump cue are amazing and these reviews are positive and the price is affordable so many people buy this and also love this jump cue.

The Rage heavy hitter jump break cue is the last in the list of best 5 jump cues but it is not the least one. This is an affordable jump cue and has a heavier construction as compared to other jump cues. It is also a 3- piece jump cue that weighs around 25 ounces and that is why it can also be used as a breaking cue. This heavy hitter cue works both as jump and also as a break cue. Though it works better as a breaking cue still it is considered among the best jump cue because of its affordable price.

The 3- piece design helps inn weighing down this rage heavy hitter jump break cue so that it can be used as a jump cue as for jump cue we need a lighter cue. The 2- in-1 design of this pool cue makes it popular among its users and that is why people prefer buying it irrespective of its heavy built design. The review regarding this jump cue is amazing and people love this jump cue as it serves the purpose of both break and the jump cue.

These are the best 5 jump cues that are available in the market and you choose anyone that suits you the best. Every cue piece is different from one another and according to your budget and preference you can buy one. The jump cues that are listed above have been compared to other jump cues and then best ones are listed here.

How to choose best jump cue?

There are many factors that should be kept in mind while choosing a jump cue and these factors are listed below:-

The joint mechanism should not be complex you should be easily able to adjust the length of the jump cue without much problem. It should have quick-release joints that help in addition and also releasing the extensions easily and they are also locked properly for the sturdy design. In other words, the joint mechanism should be such that it shows great performance and is highly stable.

The price of the jump cue should be affordable so that anyone who loves playing pool can easily buy the jump cue without worrying about the budget or the price. As jump cue is a must and it should come at an affordable price.

A good jump cue has all the amazing features like it has a great power transfer, it short in length and light in weight and can be easily adjusted according to the needs of the user. You should be aware of these features that make a jump cue ideal for playing. By comparing the above-mentioned jump cues you can choose the one for yourself.

The jump cue can be chosen on many factors like length, weight, and cost. and depending upon your needs you can choose the one that suits you the best. The jump cue needs to bear every feature that makes it an ideal jump cue so that the users are fully satisfied with their cue when they buy it, as for the people who do not want to compromise on their playing experience should go for the best jump cue that is available in the market and we have suggested the best jump cues in this article so that you will know what exactly you want and which cue will offer you the best performance and you do not have to compromise on your game.